An Introduction to The Mary Paula Walsh Library

There is a charcoal portrait of Dublin’s first chief librarian in the archive of the National Gallery.

The portrait is of Roisin Walsh.
Roisin Walsh was a feminist, republican, educationalist, linguist and one of the world’s first female head librarians.

She was born in Co Tyrone in 1889, educated at St Louis Convent Monaghan, Dominican Convent Eccles Street, UCD and Cambridge. She lectured in English and Irish, was involved in the nationalist independent movement, lectured on Irish language folklore and culture across Europe and America and was appointed chief national librarian in Dublin in 1931.

Her motto ‘Revolution by Education’ promoted changing Irish society through education and the diffusion of knowledge. She believed there could be,
‘No progress until the people have been educated first.’

As the chief librarian she insured access to books by expanding all library services nationally, especially for those who could not afford the privilege of education at the time.

She encouraged books in Irish and by Irish authors and developed and expanded libraries in Inchicore, Drumcondra, Phibsborough and Ringsend in the socially expanding city of Dublin in the 1930’s. 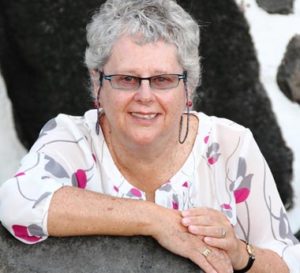 The Portrait of Roisin Walsh, now in the archive of the National Gallery, is by Sean O Sullivan and it was presented to the National Gallery by her niece Mary Paula Walsh in 2017. Mary Paula died in April of 2017. She was co-founder of Turning Point™ and as a pioneering social scientist and psychotherapist, she followed closely in the innovative and visionary footsteps of her Aunt Roisin.

This new library – internal to Turning Point™ – is to be named The Mary Paula Walsh Library in memory of both her and Roisin Walsh’s pioneering leadership, initiatives and legacy.

All of us depend on the knowledge and the experience of others. All of us are richer for the local, national and world works, texts, thoughts, information, writings, and narratives through and in all disciplines. That is how we connect and learn and expand.

Developing The Mary Paula Walsh Library is investing in social, intellectual and emotional progression. This is one of the central objectives of how Mary Paula Walsh and I imagined and developed Turning Point™ in 1986 to what it is today.

In the preface to her book on Living after a Death Mary Paula writes of the hope that her book can become a companion to those who might feel the weight of grief and despair following a death. Such a hope parallels both the core of Turning Point™ and the aim of this new library.

The library is where all students can find a route to knowledge and be free to explore and understand a sense of themselves. Reading brings a personal world and the world of others alive in the mind and movement of the reader.

The Mary Paula Walsh Library is to be a companion to all students and readers, developing their personal journeys before they accompany others, on their journey towards individual healing.
As C S Lewis was told by one of his students,
‘We read to know that we are not alone.’

All the journeys of life are to be found in libraries.
They are all there.
In a million forms.

The Mary Paula Walsh Library is for all students of Turning Point™ and beyond.